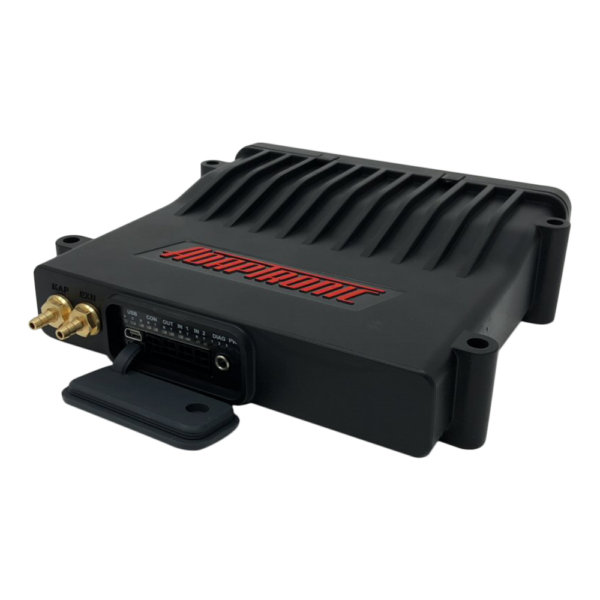 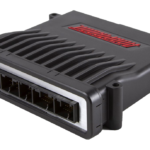 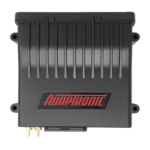 A direct, standalone Plug’n’Play ECU for the Series 1 Mazda RX8.

WHAT’S IN THE BOX?

Adaptronic Modular Rx8 PNP ecu is based upon the M2000, but with an Rx8 Series 1 specific connector that allows you to plug the unit right into your OEM wiring harness. Unlike the select series Rx8 ecus, this unit completely replaces the OEM ecu. The modular Rx8 ecu now controls the OEM Rx8 DBW throttle body( or any aftermarket DBW that has been coded by Adaptronic HQ). Additionally it now can control the OEM Rx8 OMP, and fans if desired. You do have to to use any of the above, for example you can use a cable driven throttle body if you want to. The modular Rx-8 ecu has 8 fuel & ignition drivers, and can sequentially control a 13BREW, 20B or 4 rotor, additionally 4/6 cyl, or V8 engine swaps can be controlled with this ecu too. This unit communicates with the OEM dash, traction control, ABS, and OEM wideband sensor on the V2 ecus. You will not lose any function found on the OEM chassis.

The modular Rx8 ecu no longer requires the SSI for fuel or oil pressure inputs, and additional fuel temperature/pressure are now apart of the advanced fuel model. This unit is also roughly 10x faster than the previous select models; 2X 32B 120MHZ processors; 1 per control board, and 1 per big output module( each additional optional module has its own 32MB 120MHZ processor, so processor speeds never slow down with expansion).